To the Advent calendar
Cookie preferences
This website uses cookies, which are necessary for the technical operation of the website and are always set. Other cookies, which increase the usability of this website, serve for direct advertising or simplify interaction with other websites and social networks, will only be used with your consent. A single layer of defense is not sufficient for today's ever-evolving threat landscape. All endpoint products are capable of detecting malware before execution, during execution, and after execution. An additional layer can be implemented in the form of cloud sandbox analysis with ESET Dynamic Threat Defense. By not focusing only on a specific part of the malware lifecycle, ESET can provide the highest level of protection possible. 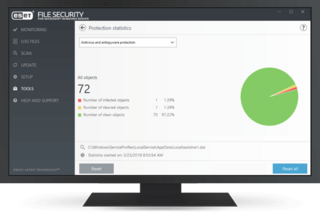 ESET File Security solutions are managed by a single pane-of-glass that can be installed on Windows or Linux. In addition to installation, ESET offers a virtual appliance that can be easily imported for quick and easy setup.
Machine Learning

All ESET Endpoint products currently use machine learning in conjunction with all of our other layers of defense, and have been doing so since 1997. Specifically, machine learning is used in the form of consolidated output and neural networks.
Use Cases
PROBLEM
Some companies want additional assurance that they are protected from ransomware attacks. They also want to ensure that their network drives are not encrypted.

If ESET File Security is unsure if there is a potential threat, it has the ability to upload the sample to ESET Cloud Sandbox, Dynamic Threat Defense, to make a quality decision about whether something is malicious.
The ESET Difference
Behavior-based detection - HIPS

An additional layer that protects users from ransomware. Our technology monitors and evaluates all running applications based on their behavior and reputation. It is designed to detect and block processes that resemble ransomware behavior.
NetworkAttack Protection

ESET Network Attack Protection improves the detection of known network-level vulnerabilities. It provides another important layer of protection against malware proliferation, network-driven attacks, and exploitation of vulnerabilities for which a patch has not yet been published or deployed.
BotnetProtection

Once enrolled on a single server, ESET can scan OneDrive to reveal and monitor the trusted source of corporate storage.
Optional Cloud Sandbox Analysis

ESET products continue to excel in performance, winning third-party tests that prove how light our endpoints are on systems. ESET File Security solutions are based on a 64-bit core and include DLL modules that save more memory, enable faster computer boot times and allow native support for future Windows updates.
ESET cutting-edge technology
Continuous development of leading protection.
Our global research labs drive the development of ESET's unique technology

ESET uses multi-layered technologies that go far beyond the capabilities of simple antivirus protection. The figure below shows various core ESET technologies and an approximate idea of when and how they can detect and/or block a threat during its lifecycle in the system. 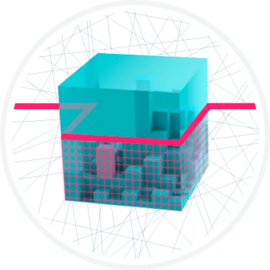 ESET is the first Internet security vendor to integrate a special layer of Unified Extensible Firmware Interface (UEFI) protection into its solution. ESET UEFI Scanner checks and enforces the security of the pre-boot environment compliant with the UEFI specification. It is designed to detect malicious components in firmware and report them to the user.

While malicious code can be easily modified or obfuscated by attackers, object behavior is not so easily changed, and ESET DNA detections are designed to take advantage of this principle. 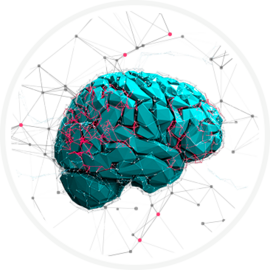 ESET has developed an in-house machine learning engine called ESET Augur. It uses the combined power of neural networks (such as Deep Learning and long-term memory) and a hand-picked set of six classification algorithms. This allows it to generate a consolidated output and help correctly flag the incoming sample as clean, potentially unwanted or malicious.

The ESET Cloud Malware Protection System is one of several technologies based on ESET's LiveGrid® cloud system. Unknown, potentially malicious applications and other potential threats are monitored and communicated to the ESET Cloud via the ESET LiveGrid® Feedback System. 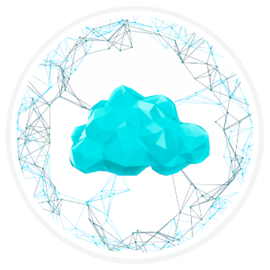 When scanning a file or URL, our products check the local cache for known malicious or whitelisted benign objects before scanning. This improves scanning performance.
Next, our ESET LiveGrid® Reputation System queries for the object's reputation (i.e., whether the object has already been seen elsewhere and classified as malicious). This improves scanning efficiency and enables faster sharing of malware information with our customers. 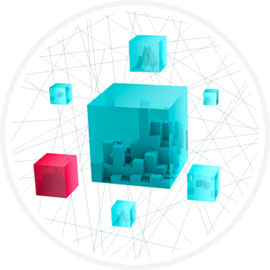 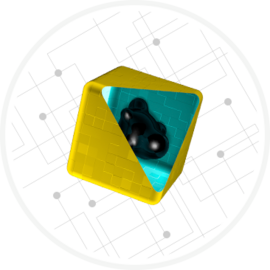 Today's malware is often highly obfuscated and attempts to evade detection as much as possible. To see through this and identify the actual behavior hiding beneath the surface, we use in-product sandboxing. Using this technology, ESET solutions emulate various components of computer hardware and software to run a suspicious sample in an isolated, virtualized environment.

Advanced Memory Scanner is a unique ESET technology that effectively addresses a major problem of modern malware - the heavy use of obfuscation and/or encryption. To address these issues, Advanced Memory Scanner monitors the behavior of a malicious process and scans it as soon as it exposes itself in memory.

Exploit Blocker typically monitors exploitable applications (browsers, document readers, email clients, Flash, Java, etc.) and does not just target specific CVE identifiers, but focuses on exploitation techniques. When triggered, the behavior of the process is analyzed, and if it is deemed suspicious, the threat can be immediately blocked on the machine.

ESET Ransomware Shield is an additional layer that protects users from ransomware. This technology monitors and evaluates all running applications based on their behavior and reputation. It is designed to detect and block processes that resemble the behavior of ransomware. 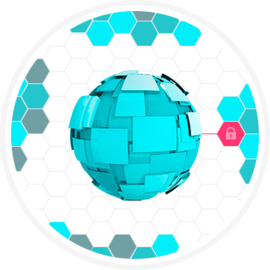 Network Attack Protection is an extension of firewall technology and improves the detection of known network-level vulnerabilities. It provides another important layer of protection against malware proliferation, network-managed attacks, and exploitation of vulnerabilities for which a patch has not yet been released or deployed.
Botnet Protection

ESET Botnet Protection detects malicious communications used by botnets while identifying the attacking processes. Any malicious communication detected is blocked and reported to the user.
How and when do I get my purchased product?
Digital products, product keys and access to the download center will be made available to you by email immediately after your purchase - unless a data medium has been ordered.
What payment options are available to me?
PayPal, Amazon Pay, Instant bank transfer, Credit card, Apple Pay, Prepayment, Purchase on invoice
What guarantees do I have at Blitzhandel24?
Blitzhandel24 is an EHI, TrustedShops and CHIP certified online brand shop. Blitzhandel24 also offers its customers permanent support, as well as support for the purchased product. If a product has not been used / redeemed, our customers can benefit from the money-back guarantee.
Related links to "ESET File Security for Microsoft Windows Server"
Available downloads:
Our concept
Pricing policy more
close menu