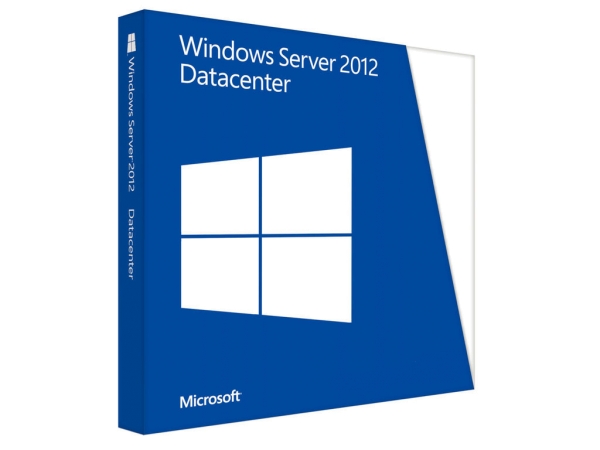 Windows Server DataCenter 2012 is the extended version of Windows Server 2012 Standard. It is ideal for companies of all sizes that place a high value on virtualization and a hybrid cloud environment. With its diverse programs and functions, a new user interface and many other optimizations for increased performance, Windows 2012 DataCenter offers you the perfect support for your server operation.

The modern user interface from Windows 8 was also used for Windows 2012 DataCenter in order to make the system optimally operable, especially via touch screen. However, with the core installation you can also do without the modern interface and configure Microsoft Windows Server 2012 DataCenter using Windows command prompt and PowerShell. New features such as Microsoft Windows Azure or the revised Task Manager offer you additional improvements in the area of performance in addition to the visual optimizations. For example, the user interface of the new task manager in Windows 2012 DataCenter has been improved to simplify the search for applications. Inactive processes can also be paused to release more performance, active applications are compressed into categories.

Windows 2012 DataCenter offers you, like the standard version, not only a reliable operating system for your servers, but also many new features and programs that support you and your server operation:

In addition, Microsoft Windows Server 2012 DataCenter programs and functions such as DirectAccess or Hyper-V were updated to the latest version. Thus, the Hyper-V virtualization platform offers you higher performance, while the improved DirectAccess version now provides your server with IPv6 bridging technologies.

Since the topic of security is a high priority in every Windows operating system, Windows Server DataCenter 2012 also has various security features, which are primarily aimed at the area of data management and data access. One such feature is Dynamic Access Control. This feature controls data access via metadata while acting in addition to the Active Directory security lines. This feature is therefore able to prevent unauthorized access during a data transfer between two directories.

Windows Server DataCenter 2012 includes two physical processors of the server on which the software is installed and, compared to the standard version, an unlimited number of virtual Windows server instances. So you and your company are well equipped with this version to create a virtual environment and work efficiently.

How and when do I get my purchased product?
Digital products, product keys and access to the download center will be made available to you by email immediately after your purchase - unless a data medium has been ordered.
What payment options are available to me?
PayPal, Amazon Pay, Instant bank transfer, Credit card, Apple Pay, Prepayment, Purchase on invoice
What guarantees do I have at Blitzhandel24?
Blitzhandel24 is an EHI, TrustedShops and CHIP certified online brand shop. Blitzhandel24 also offers its customers permanent support, as well as support for the purchased product. If a product has not been used / redeemed, our customers can benefit from the money-back guarantee.
Related links to "Windows Server 2012 Datacenter"
Our concept
Pricing policy more
close menu